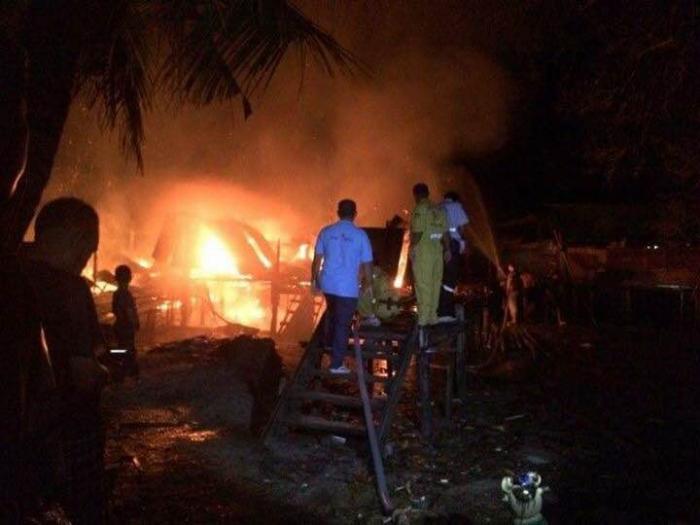 PHUKET: A candle falling onto a bed is believed to have been the cause of a fire which gutted a row of five houses in Thalang last night.

No one was injured in the blaze, which broke out at 10pm in the Baan Mak Prok community and quickly spread to nearby houses, Tah Chat Chai Police Capt Thanom Thongpan told the Phuket Gazette.

Firefighters took about 2 hours to bring the inferno under control.