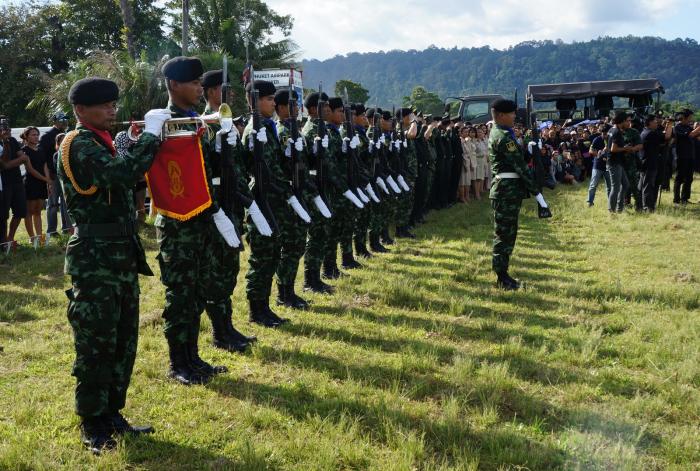 PHUKET: The body of a soldier, shot dead while on duty in Pattani last night, was brought back to his home in Phuket’s Pa Khlok sub-district today.

Private Thanapon Kaewpetch, 23, had completed his term as a soldier, but had been carrying on his duty voluntarily.

Phuket officials and army personnel, led by Gen Akom Pongprom of the 41st Military Circle, were present at the Phuket Airpark to honor the fallen soldier.

The victim’s grieving parents – Klanarong Kaewpetch and Chanida Pattamapaneewong – and brother were also present. Ms Chanida passed out when her son’s body was brought back covered in the Thai flag.

Private Thanapon was shot dead while he was guarding the military operation in Muang Pattani District. The Nation reported several bombings in Pattani last night.

The victim’s funeral rituals are being performed at Pa Khlok Temple.