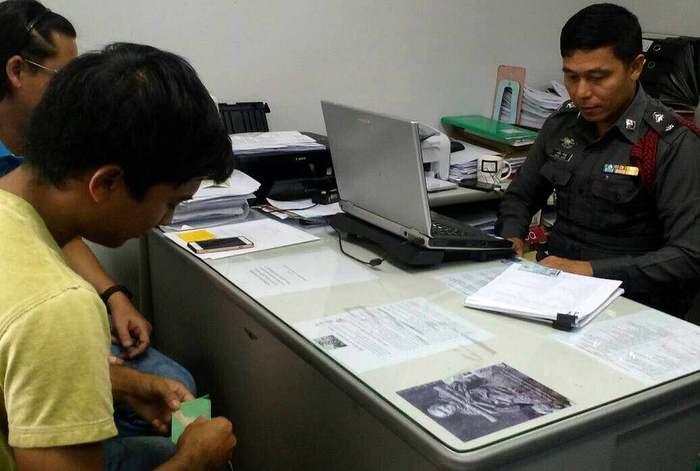 PHUKET: A driver whose car was pelted with stones, causing it to veer off the road and crash into a power pole on Tuesday, filed attempted murder charges against the motorcyclist responsible for it.

The accused motorcyclist, Anucha Yeemuda, 21, was initially charged with assault and causing damage to property after he turned himself in to the police (story here).

The car driver Jatuporn Kanpai, 25, and his wife Sunisa Kongkamkaew, 22, were taken to Vachira Phuket Hospital while their one-year-old daughter was rushed to Phuket International Hospital. Ms Sunisa broke her leg in the incident.

Mr Anucha claimed that Mr Jatuporn started the altercation by repeatedly cutting him off while he and his wife, Kanittha Yeemuda, 26, were travelling by motorbike.

Police said yesterday that they will wait for the family members in the car to be released from hospital so they could question them, adding that Mr Jatuporn could also face charges of reckless driving for cutting off the motorcyclist.

However, Mr Jatuporn denied the allegations of reckless driving.

“I did not cut him off,” Mr Jatuporn said. “I think there must be some kind of misunderstanding. Mr Anucha honked at my car and followed me.”

“I was afraid that I would be assaulted, so I rushed to make a U-turn, but I did not shout at him like he said,” Mr Jatuporn said. “He was waiting for me after the U-turn and then threw stones at my car.”

Mr Jatuporn also demanded compensation for damage to his car as well as for the time spent in hospital.

“We will need to question more people involved and find more witnesses in this case. We will also have both sides meet and negotiate first. Therefore, we cannot conclude yet who will face what charges,” Col Chaleow said.