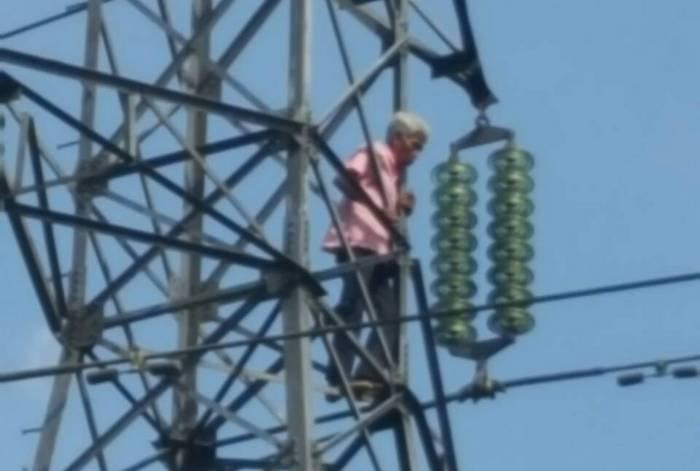 Rescue teams from Ao Leuk Hospital and Tabput Rescue of Phang Nga arrived at the scene to try and stop Mr Prasit from making the leap.

Mr Prasit stated that his wife Ladda Rattanapan, 55, had left him, said a rescue worker at the scene, who asked to remain unnamed.

A fatigued and dehydrated Mr Prasit was rested and given water, before being taken to Ban Bang Tong community clinic for mental health counseling.

Mr Prasit did not give reasons for the dispute with his wife, but explained that repeated arguments led his wife to leave him.