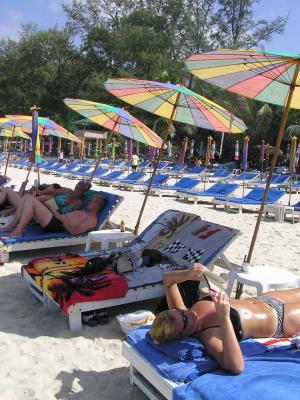 PHUKET: Phuket property owners can expect higher land taxes in the new year as the Phuket Treasury Office (PTO) has announced an island-wide average increase of 65% in government-appraised land values. The new rates, which reflect the island’s continuing property boom, will be effective from January 1, 2004 to December 31, 2007. The Bangkok-based Valuation Authority, which is responsible for appraising land values nationwide every four years, reported increases in some areas over 100%. Kathu district showed an average increase of 127%, while Thalang and Muang districts had increases of about 35%. Tamrong Tongtan, new chief of the PTO, told the Gazette that the new figures reflected trends in Phuket’s continuing property boom. The most expensive land on the island continues to be along Rassada Rd in Phuket Town. Assessed values there were are as high as 80,000 baht per square wah, the same as in the previous valuation. The greatest recorded increase in Phuket Town was along Pra Phuket Kaew Rd, which runs between Kathu and Samkong. Prices for land there increased a dramatic 299%, with plots in some areas now going for as much as 12,500 baht/sq wah. In Kathu District, land valuations along the beach road in Patong increased as much as 300% in some areas. The most expensive plots were valued at 50,000 baht/sq wah compared to 31,000 baht/sq wah previously. The lowest assessed prices in this zone are now at 20,000 baht/sq wah, a four-fold average increase over the previous assessment. Assessed values in Thalang District remain, on average, the lowest on the island. Some areas along the Baan Don-Cherng Talay Rd doubled in value. Similar increases were recorded along the road from Bang Roang-Ao Por, where land doubled in price from 1,000 baht a square wah to 2,000 baht, on average. “The new appraisal values are now in line with actual costs,” K. Tamrong said. He added that the increases would benefit landowners who wanted to use their property as collateral in obtaining loans or, if need be, to post bail with the court.