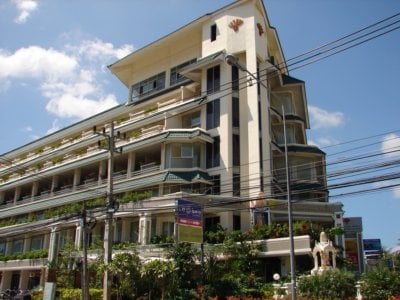 PATONG: Reports in the Finnish press of Legionnaire’s Disease being contracted by a group of tourists staying at a hotel in Patong have yet to be confirmed, as tests are still being conducted by the Phuket Provincial Health Office (PPHO), Ministry of Public Health and the World Health Organization.

As of press time, no proof of the bacteria Legionella has been found at the Phuket Grand Tropicana Hotel, where a group of Finnish tourists stayed during a November holiday. In its most common form, the disease presents itself between two and 10 days after exposure.

However, it is still unknown if the tourists were staying at the hotel at the time of their exposure.

The Gazette has also been unable to confirm in how many patients Legionella has been isolated or who did the lab work.

Despite repeated inquiries, the management at the Phuket Grand Tropicana remained unavailable for comment. On condition of anonymity, however, a representative said, “It doesn’t mean that we have the disease here, only that some guests [who contracted it] stayed here.

“It happened in November. Right now we still have guests as normal. An officer from the Health Department in Bangkok has already checked the problem here, so please contact them directly,” the representative said.

Dr Wanchai Sattayawuthipong, Chief of the PPHO, told the Gazette that his agency reported the matter to the National Health Department (NHD), which sent officers to the site on January 12 to take air and water samples. The results have not yet been released, he added.

Pamuke Atchariyachai, Honorary Consul-General for Phuket by the Republic of Finland and Managing Director of the Kata Group of hotels and resorts, told the Gazette that he has not received any other reports of the disease in Phuket.

The Finnish Public Health institute reported January 9 that four tourists – two Swedish, one Finnish and one Norwegian – were hospitalized with pneumonia, a common presentation of the disease.

It also reported that Finnish tour operator Aurinkomatkat has withdrawn all of its guests from the hotel. The Hong Kong government has also issued a travel advisory for Phuket.

K. Pamuke urges tourists and residents to remain calm. “For tourists, please understand that this disease is very rare,” he said, adding that he hopes the Tourism Authority of Thailand moves swiftly in taking steps to set the record straight.

He added that he has heard no reports of tourists canceling vacations because of this scare.

Legionnaire’s Disease is a water-borne bacteria spread primarily through air conditioning units, fountains or humidifiers. Once embedded in the fabric fibers of a building, complete disinfection is required for its eradication. The disease does not, however, spread through human-to-human contact.

An engineering supervisor at the Grand Tropicana, who also spoke on condition that his name not be used because of the hotel’s policy against speaking to the press, said that the air conditioners at the hotel are cleaned every month and have been cleaned as per schedule since the guests checked out.

About half of the rooms in the hotel use central air conditioning through a large unit, while the remainder have individual room units.