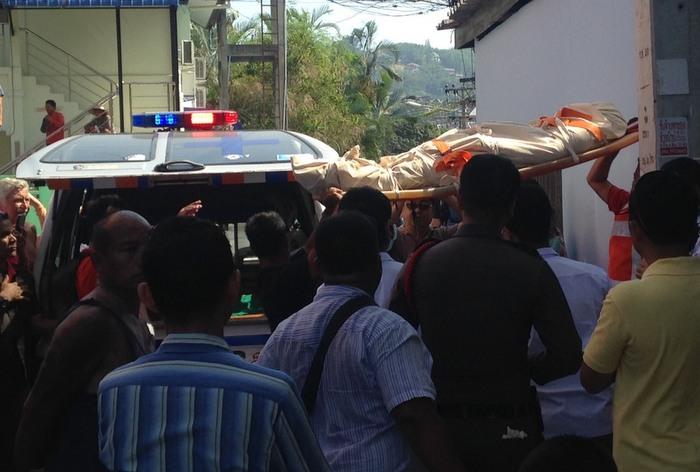 PHUKET: A foreign woman was killed after falling from Good Dreams Guesthouse in Patong this afternoon.

“At this point, we are unsure if the woman fell from the balcony of a room or the roof of the building. Either way, she landed on the roof of a nearby building,” said Sampawat Wannasangkam from the Patong Office of Department of Disaster Prevention and Mitigation.

Near the woman’s body police found a mobile phone.

Patong Police are investigating a foreign man found at the scene. The heavily-tattooed man, who police have yet to publicly identify, was wearing a ‘Dope It’ t-shirt.

“We are continuing our investigation into what happened,” confirmed Patong Police.