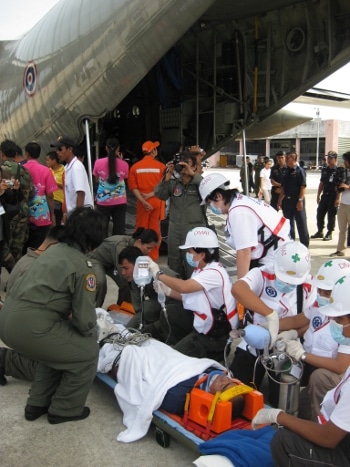 PHUKET: A full tsunami evacuation drill is set to take place in Phuket on December 24, provincial officials have announced.

The full drill will be the culmination of three days of practice starting on December 22.

Drills will take place at Saphan Hin and Phuket International Airport, where officials will practice the evacuation of casualties.

Officials will receive theoretical training on how to give assistance during the weeks leading up to the drills.

On December 22 and 23 they will receive practical training at Phuket Disaster Prevention and Mitigation College.

Wiboon Sanguanpong, who heads the Department of Disaster Prevention and Mitigation (DDPM), pronounced the drill an overall success, but said he would call for the warning tower on Soi Bangla to be made louder so it could be heard better heard in windy conditions.