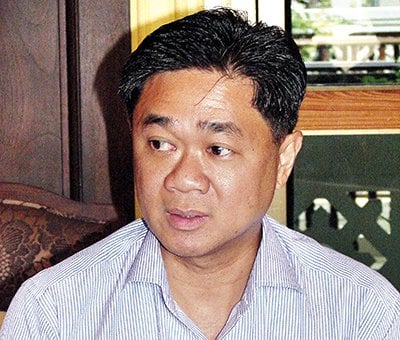 Instead of smaller branches or satellite clinics of major government hospitals being built to serve local people, Mr Tossaporn proposed a wholly-new, high-end facility to attract health practitioners who are specialists in their field.

Vachira Phuket Hospital, the main government hospital in the province, is situated in the heart of Phuket Town on a plot too narrow to enable expansion, so patients are forced to wait too long for treatment, he said.

Although Vachira Hospital opened an outpatient clinic, also in Phuket Town, in January, that facility is intended only as a short-term solution, Mr Tossaporn told the Phuket Gazette.

“So a new hospital under the control of the Ministry of Public Health is needed,” MP Tossaporn said.

He said the location of the new hospital must provide a much bigger area than Vachira, and that new facility should be upgraded to a medical ‘Technology Center’ or ‘College of Nursing’.

“If we aim for a high standard for the new hospital, more high-end medical staff and specialists will want to come work here,” he said, alluding to the long-reported fact that qualified doctors in Thailand prefer to work in private hospitals than the lower-paying government facilities.

As an incentive, Mr Tossaporn said that if a location were chosen soon, he could ask for the budget for fiscal year 2012, which starts October 1.

“In the past, Phuket’s development strategy has always focused on tourism. We should [start to] care more about medical services,” he said.

Gov Tri agreed with his idea, he said, but needed to asked for opinion from related government agencies.

Meanwhile, the opening date of the new ten-storey, 217-bed PPAO Hospital, also in Phuket Town and described as “90% complete”, continues to slide as the result of delays in obtaining approval to hire staff.