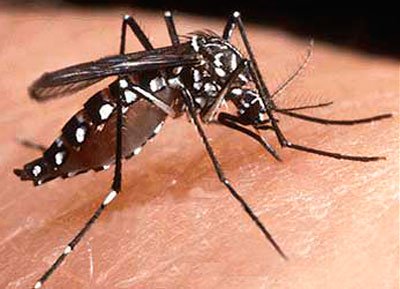 BANGKOK / PHUKET: The Public Health Ministry has set up a national war room to control the spread of dengue fever across the country after learning the situation will be far worse than last year.

The ministry has assigned all provincial public health offices, local administration organisations and health volunteers to strictly control and monitor the transmission of dengue fever in local areas.

The ministry’s deputy permanent secretary, Dr Paijit Warachit, will chair the war room, teaming up with agencies including the World Health Organisation and the US Center for Disease Control to monitor the spread of the disease within Thailand and neighbouring countries.

They will meet at least once a week to keep a close watch on any possible outbreak.

Citing Bureau of Epidemiology records, Paijit said that in January this year 1,675 people were reported as new cases of dengue fever, and two had died. The figure for the same period last year was 1,553 new cases, with two lives lost.

The Central region was the hardest hit with 886 patients, of which 303 were in Bangkok. The Southern region suffered the second worst outbreak with 546 patients. Songkhla, Pattani, and Yala were the worst affected provinces.

As today is a public holiday in Thailand (Makha Bucha Day), the Phuket Gazette has been unable to reach the Provincial Public Health Office for statistics on Phuket province.

In recent years, workers in Phuket’s rubber tree plantations have been at particular risk.

Local authorities have been advised to spray insecticide to eradicate the adult aedes aegypti mosquito, which bites humans from about an hour after dawn until roughly an hour after sunset.

Residents should drain off any stagnant water to prevent mosquitoes from breeding and use abates sand, a pesticide, to destroy their larvae.

Public Health Minister Witthaya Kaewparadai has asked the public to keep a close watch on people in their households and nurseries. If anyone develops a high fever over a two-day period, they should be taken to a doctor, he said.

Lions gone, smiles back in at Laguna resort complex