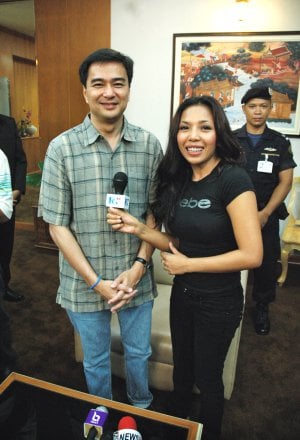 PHUKET: Leading Democrats and rank-and-file party members will attend a “crisis seminar” in Phuket this weekend.

The seminar, from Friday to Sunday, is entitled “Concentrating Energy to Solve the National Crisis”, Dr Buranaj said.

The emphasis will be not on political struggle, but on harmony, he said.

“Members from every region are assembling to support the government’s compromise plan to find a way to end the problem,” he said.

The “problem” referred to is the dispute between supporters and opponents of former prime minister Thaksin Shinawatra, who was removed from power by a 2006 military coup and is now in exile.

Former Social Development and Human Security minister Paibool Watanasiritam will give a talk on “Thailand’s Future and the Fundamentals of Compromise”, he said.

Another session, organized in conjunction with the party’s committee on reform, will take the shape of a “People’s Assembly”, it was announced.

Details regarding where in Phuket the meeting will be held, or times of the various seminars, were not included in the announcement carried by the state-run Thai News Agency.

“Red shirt” Thaksin supporters have pursued, during the last year, a strategy of disrupting high-profile events involving members of the government.

As a Democrat Party stronghold and an island to which admission can be monitored, Phuket is generally regarded as a safe haven.

Gen Chavalit Yongchaiyudh, a former prime minister and long-time Thaksin ally, will preside over the opening ceremony on Sunday.

Mr Sawai said the new center is the third in southern Thailand. Other Pheu Thai Party centers have been opened here in Phuket, at the Phuket City Home residential estate in Rassada, and in Nakorn Sri Thammarat province.

The Haad Yai office will co-ordinate campaign activities in Songkhla, Patthalung and Satun provinces in the run-up to the next general election.

Pheu Thai hopes to capture “at least two” of the nine seats at stake in his area of responsibility, Mr Sawai said.

Over 7,000 alien workers deported from Phuket this year