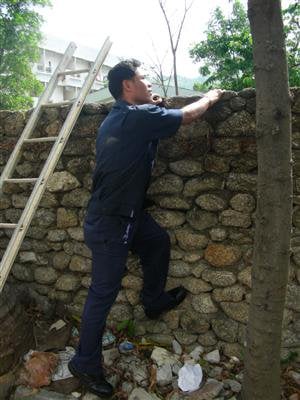 PATONG: Kathu Police are now treating as a murder case the death of Danish tourist Henrik Rasmussen, 47, whose body was discovered in a canal behind the Royal Paradise Hotel on February 7.

Capt Pratuang speculated that Mr Rasmussen died from two wounds caused by a sharp object: a five-centimeter laceration down to the bone on the back of the neck and a wound about 10cm long to the right arm pit.

The body has been sent to Police General Hospital in Bangkok for autopsy.

“We have questioned Mr Rasmussen’s cousin and nephew and I am satisfied that neither of them have anything to do with the death,” said Capt Pratuang.

“We believe that he died on the hotel’s property, but need more time to investigate the case,” he added.

Mr Rasmussen’s body was found more than 100 meters from the hotel grounds, but a wall about 1.7 meters high separates the property from the area where it was discovered.

Although widely reported in the Thai media to have been a real estate developer in Denmark who traveled to Thailand every year on his own, in fact Mr Rasmussen suffered from Down’s syndrome and had traveled to Thailand with his cousin who kept a close watch on him, the Gazette has learned.

The family launched a search effort and contacted the police and the media soon after they realized he was missing on the morning of January 28.

The body was found by Thanapong Sriwisut, 34, at a time when the reward money offered by Rasmussen’s family had just been doubled to 20,000 baht.

The reward money was on February 12 paid to K. Thanapong, who works as a handyman at Royal Paradise Hotel.

K. Thanapong told the Gazette he scaled the wall, without a ladder, to retrieve some papaya growing from a tree behind it when he noticed a foul odor and then noticed the body floating in the klong, the surface of which was choked with aquatic vegetation.

“Not many people are ever in the place where Mr Rasmussen was found. I will question staff at the hotel, including security guards, handymen and anyone else who may have been in that area,” said Capt Pratuang.

Police have been unable to draw any leads from CCTV-camera footage in the hotel because all recorded data is automatically deleted after three days.