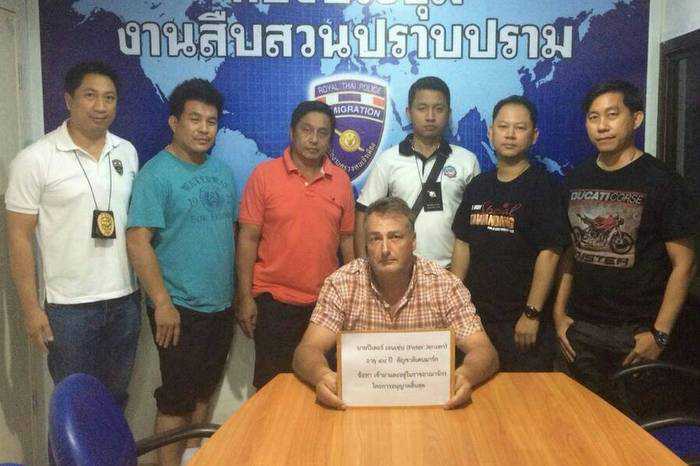 PHUKET: A Danish expat has been arrested in Phuket on an international arrest warrant for tax evasion involving more than 8 million Danish kroner (about 45mn baht).

Phuket Immigration Police received an order from the Thailand Immigration Bureau headquarters in Bangkok on October 28 to track down and arrest Peter Jensen, 48, as he was wanted by Interpol on an arrest warrant issued by the court in Hjorring, Denmark, explained Phuket Immigration Chief Sunchai Chokkajaykij yesterday.

“Mr Jensen was arrested early this morning at a restaurant in Pa Khlok, after we were informed that he was seen there,” he said.

“Officers presented themselves and asked to see his identification. Mr Jensen failed to provide any, so police arrested him and transported him to Phuket Immigation in Phuket Town.”

According to records, Mr Jensen arrived in Thailand on August 3, 2010 via Suvarnabhumi International Airport in Bangkok. He extended his permit-to-stay multiple times, with the last one expiring on April 24, 2013.

“He has been charged with overstaying his visa,” said Col Sunchai. “We are now in the process of handing him over to Interpol.”

Phuket Immigration officers told the Phuket Gazette that Mr Jensen was wanted for avoiding paying taxes on multiple occasions and under several companies, totaling up to about 8.3mn Danish kroner (45.7mn baht).

Phuket underpass will not open in time for Beach Games