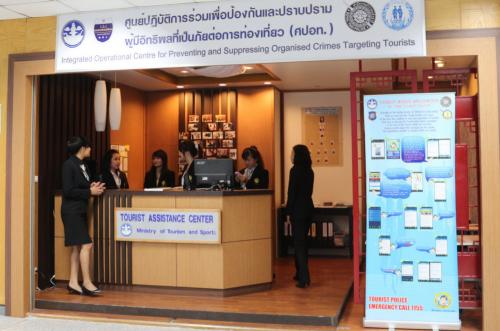 PHUKET: Efforts to rein in illegal taxi drivers in Phuket has landed a windfall 868,000 baht in fines since the Department of Special Investigation (DSI) opened its anti-organized crime centers in Phuket on August 10.

The fines were garnered when officers stopped and fined illegal taxi drivers 434 times at six checkpoints across the island from August 10-29, Lt Col Somboon Sarasit, head of the DSI’s Bureau of Special Crime Unit 3, explained to the Phuket Governor at a meeting on Wednesday.

The checkpoints were set up and policed by officers from the Phuket Land Transport Office and local police officers in the six areas.

However, Col Somboon today told the Phuket Gazette that no illegal taxis were seized during the period.

“We will not seize any taxis. The illegal taxi drivers will be fined and the DSI will record the driver’s name and other details, and the license plate number of the car being used as a taxi,” he said.

“We will call the drivers in for questioning so we can move to arrest the people who are behind the illegal taxi business in Phuket,” Col Somboon said.

At the meeting at Provincial Hall on Wednesday, Phuket Governor Maitri Inthusut reiterated that the government is aiming to have all illegal taxi drivers in Phuket become legal.

“We now have 2,882 vehicles legally registered as taxis, but there are at least 1,133 illegal taxis that we are aware of,” Governor Maitri said.

“The owners of the remaining illegal taxis claim they cannot afford the cost of converting their cars to legal taxis. They say they are still paying off loans to finance companies,” he explained.

“We have worked hard to find sources of finance to help these drivers. The Government Savings Bank has offered its support by offering special low-interest loans, which the drivers at the Karon Taxi Association are now making use of,” Governor Maitri explained.

However, not all drivers are making honest attempts to become legal, Governor Maitri warned.

“Some of them are just making up excuses. They are not making any effort to become legal,” he said.