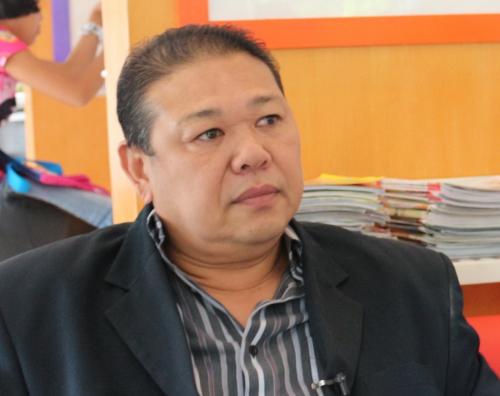 Not only will they be allowed to remain at the airport, but they will be allowed to continue their business in the new airport terminal once it is completed in 2015, said Thammarawat Wongcharoenyut, one of the operators.

The stunning victory followed a meeting yesterday at the Phuket office of Airports of Thailand (AoT), which operates Phuket Airport.

The meeting was closed to the media, but in attendance were Phuket Vice Governor Somkiet Sangkaosuttirak, Col Winai Sompong from the Ministry of Transport, Phuket AoT officers, and the airport business operators.

Speaking to the Phuket Gazette after the meeting, Vice Governor Somkiet explained, “AoT offered the concept of ‘meeting halfway’ with the business operators, but agreed to do this only if the operators withdrew the complaints they had filed with Phuket Provincial Court (story here).

“The operators readily agreed to withdraw their complaint, in the interests of moving forward,” V/Gov Somkiet said.

Mr Thammawat, who has also filed a defamation suit against the Department of Special Investigation for publicly noting that he is under investigation as a Phuket taxi mafia figure (story here), later told the Gazette that AoT had agreed to extend the concessions’ contracts and offered them space in the new airport building.

Mr Thammawat said both he and his fellow operators at the airport’s concession outlets are “delighted at this outcome”.

“After the meeting, we withdrew the complaints that we had filed to various organizations and the court, as we had found common ground with the AoT,” he explained.

“Now AoT is allowing us to remain. My friends and I are very happy that AoT understands and supports us,” he added cheerfully.