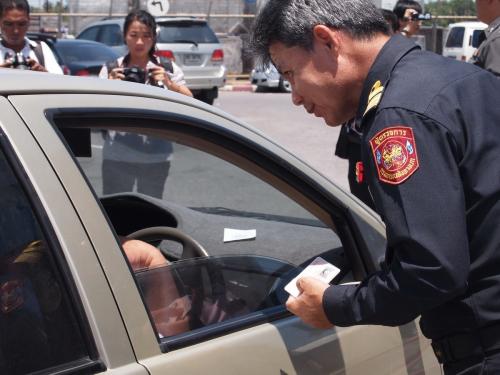 PHUKET: A Department of Special Investigation (DSI) task force will arrive in Phuket next week to carry out raids and arrest illegal taxi drivers and foreign business operators found breaking the law.

The officers, expected to arrive on Thursday for a two-day campaign, will target taxi drivers at Phuket International Airport and businesses suspected of using Thai nominees.

The news follows Tourism and Sports Minister Somsak Pureesrisak’s visit last Wednesday to the DSI’s headquarters in Bangkok to seek assistance in curtailing what he called “mafia gangs” operating on the island.

DSI chief Tarit Pengdith said he would rally his officers to take up the challenge before month’s end.

“We have been gathering information for some time. We have found that in some cases the mafia gangs have even barred ambulances from picking up patients at hotels. The patients were made to take unlicensed-taxi rides,” Mr Tarit said.

“We received complaints from foreign tourists and some embassies that many illegal taxi drivers at the airport take advantage of tourists by forcing them to use their taxis and overcharging them,” he said.

“We will also call in officers from the relevant organizations to assist in following up on illegal foreign businesses using Thai nominees. We will hold a meeting at Phuket Provincial Hall on Thursday,” Col Somboon explained.

“The day after that, we will raid illegal foreign-owned businesses. However, I cannot say which area we will target first. We will reveal more information at the meeting at Provincial Hall,” he said.

Sumatra quake gives Phuket ‘a little shake’, nothing to fear