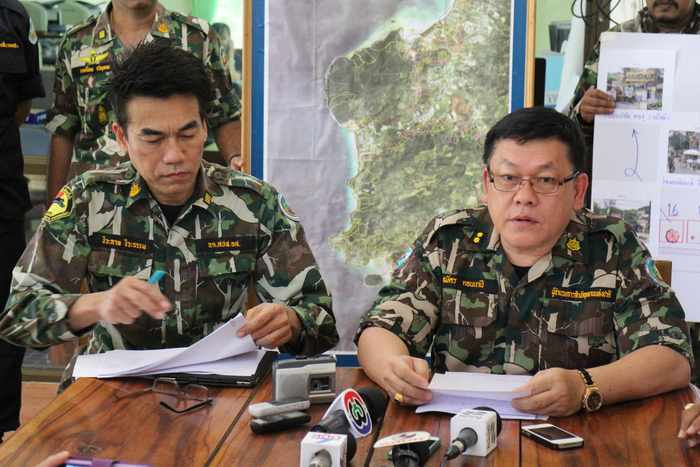 PHUKET: More than 1,000 rai of Phuket land illegally owned by former ministers, deputies and provincial governors will be returned to the public, said Samak Donnapee, director of the Bureau of National Parks, Wildlife and Plant Conservation (DNP).

“The 92 plots being taken back are in Sakoo and Cherng Talay,” confirmed Sirinath National Park Chief Kitiphat Tharapiban to the Phuket Gazette today.

Mr Kitiphat also confirmed that some of the unlawful owners are high-ranking officers in Phuket, but did not clarify if they were still holding office or not.

“The NCPO [National Council for Peace and Order] has the names of all these people and is aware of the issue,” Mr Samak said without elaborating, reported The Nation.

Mr Kitiphat was confident about the progress being made in the battle against land snatchers since the NCPO turned its sights on beach and national park land encroachment.

“No matter who those people are, they will be prosecuted under the law,” said Mr Kitiphat.

The Sakhoo Tambon Administration Organization (OrBorTor) has been made aware of the plots of unlawfully acquired land, Mr Samak said.

Sakoo OrBorTor Mayor Kithikorn Prateep Na Thalang declined to comment on the case when contacted by the Gazette this afternoon.

Mr Samak added that past agreements were unlawful because his bureau had not approved them. However, he did not say if legal action would be taken against the former officials.