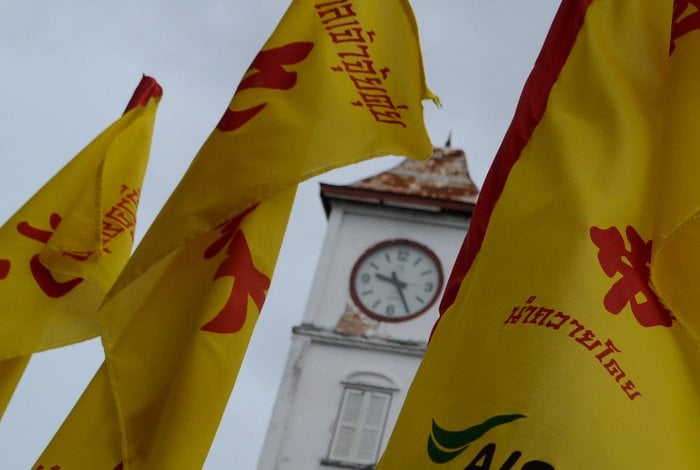 PHUKET: Officials have issued a heavy rain, flood, strong wind and landslide warning for Phuket. The warning will remain in place until Wednesday.

“We issued a warning to all local governments on the island today. They have been asked to beware of weather conditions from the effects of tropical cyclone Mujigae, which could possibly lead to flash floods, landslides and strong winds,” Santhawat Riwleung, chief of the Disaster Prevention and Mitigation (DDPM) Phuket Office, told the Phuket Gazette.

In addition to Phuket, the central government also warned 31 other provinces throughout Thailand to be prepared for the tropical cyclone Mujigae.

“Though a small boat warning has not yet been issued, all ships should sail with caution, while staying tuned to weather forecasts and official orders until further notice,” Mr Santhawat said.

The Thai Meteorological Department (TMD) said that a monsoon trough currently covers the Central, Eastern and the lower Northeastern regions, while southwesterly monsoons prevail over the Andaman Sea, the South and the Gulf of Thailand.

Torrential rain is likely in northern Thailand with isolated heavy showers in the Northeastern, Central, Eastern and Upper Southern regions.

A Decade Ago: Reining back mediums as poo spreads