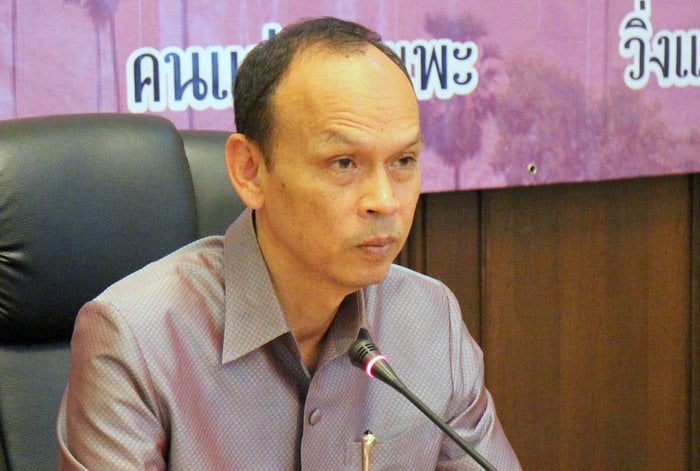 PHUKET: A collective sigh was let out yesterday by those in charge of the Vegetarian Festival, as well as local hospital employees, teachers and many more who were waiting for the deadlock over the Phuket Provincial Administration Organization (OrBorJor) 2016 budget to be broken.

“A solution had to be finalized. The OrBorJor is one of the central government bodies of the island and the delay was starting to affect a lot of people,” said former Vice Governor Somkiet Sangkaosuttirak.

“Every single shrine that is preparing for the Vegetarian Festival [schedule here] was waiting for the budget to be approved. There were just too many annual projects that would have got stuck if the delay continued,” Mr Somkiet said.

Mr Somkiet retired from office at the end of last month (story here), but had already been chosen to head the standing committee that manages internal issues, such as the budget.

The central issue causing delays was a proposal to renovate the Lucky Complex building (the abandoned building at the entrance of Saphan Hin) for 319 million baht. It was one of many projects set in motion by former OrBorJor President Paiboon Upatising, who died in August (story here).

While the original OrBorJor budget totaled 1.4 billion baht, the government body had only taken in 1.37bn baht.

“We simply had to put off some projects, such as the Lucky Complex, to next year. There were more urgent matters that had priority,” Mr Somkiet said. “Now, the OrBorJor can return to servicing the people of Phuket and the standing committee that I head can be dissolved.”