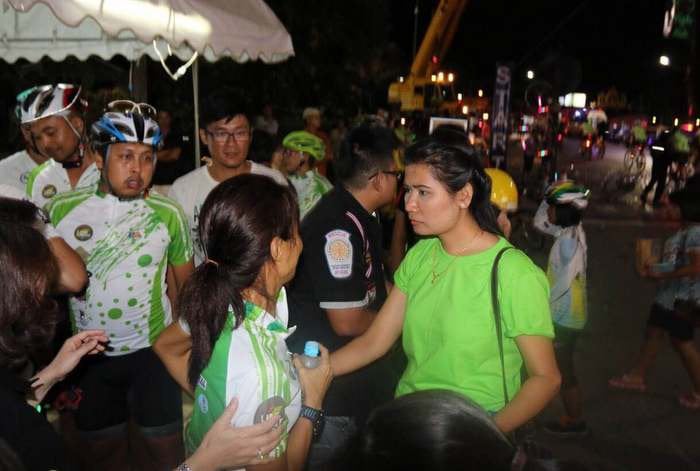 PHUKET: A firework injured four cyclists after it exploded in a crowd at the start line of a night ride in Phuket Town on Saturday.

The four injured were taken to Bangkok Hospital Phuket for minor injuries and released within a few hours, confirmed one of the organizers of the Plukpanya Night Ride, who declined to be named.

“We will pay for any medical costs and refund the registration fees of those injured. We will ensure nothing like this happens again,” said the organizer.

Plukpanya Night Ride organizers set the firework off to commence the 23-kilometer ride from Lime Light Avenue to Kathu.

“The firework was lit on the side of the road. It shot up into the sky, but then fell to the ground, where it exploded,” one witness told the Phuket Gazette.

Police will not be investigating further or taking any legal action, confirmed Sub Lt Prawet Mueangram of the Phuket City Police.