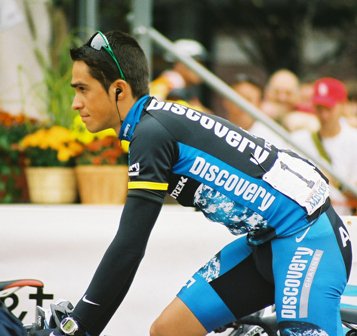 PHUKET: “The simple fact is that anyone who has a prohibited substance in their system is a cheat.”

John Fahey, president of the World Anti-Doping Agency, said that champion Spanish cyclist Alberto Contador should now be considered a “cheat” after being found guilty of doping, having tested positive for clenbuterol during the 2010 Tour de France.

The Spaniard was handed down a two-year ban from cycling, but insists the result was due to contaminated meat, which is possible as the drug is used to derive leaner meat products from livestock, although prohibited in the US and EU.

On the balance of probabilities, the Court of Arbitration for Sport said it believed a suspect food supplement was to blame, according to a BBC report.

Fahey’s comments and Contador’s predicament bring about a whole new meaning to the phrase “eating is cheating”.

My heart goes out to these athletes who are constantly under the microscope of inquisitors such as Fahey. Soon the athletes will themselves have to carry microscopes and chemical testing kits every time they go out for a meal.

Phuket tour buses: Two hurt in yet another crash