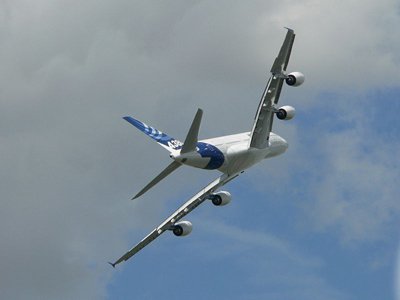 PHUKET (News Wires): The European Aviation Safety Agency (EASA) yesterday issued a mandate to further inspect the wings of all Airbus A380 aircraft currently in service.

The published Airworthiness Directive to mandate a so-called High Frequency Eddy Current inspection is a directive to prevent any unsafe conditions which could threaten passengers. It is also the second interim measure following a first directive issued three weeks ago.

The four-engine Airbus A380 is the world’s largest passenger plane and features a double-deck wide-body. The aircraft can provide seating for up to 853 people when configured to an all-economy class and for 525 when set up in a typical three-class configuration.

EASA issued the first directive following an incident in November 2010 when Qantas flight 32 from Singapore to Sidney had to make an emergency landing following an explosion and subsequent engine failure. The EASA then found faults on the wing rib feet.

In addition to Qantas, several major airlines such as Air France, China Southern Airlines, Emirates, Korean Air, Lufthansa, and Singapore Airlines have A380s in their fleet. In addition, numerous airlines have ordered more than 250 of the aircraft.