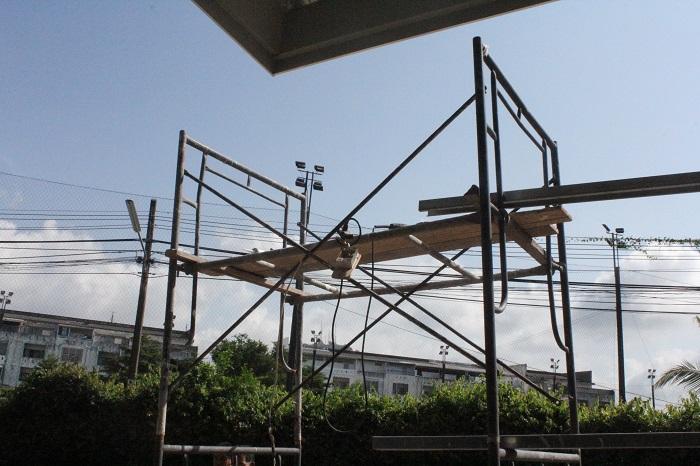 PHUKET: A Thai laborer fell to his death at a construction site in Phuket Town this morning.

Kraisorn Kongngam, 49, died after falling from scaffolding while working on a three-storey building in Talad Yai about 9am.

According to witnesses, Mr Kraisorn lost his balance and fell while climbing up the scaffolding carrying tools to a platform about two meters off the ground.

Medics rushed the man to Phuket Provincial Hospital, where he was later pronounced dead due to severe head injuries.