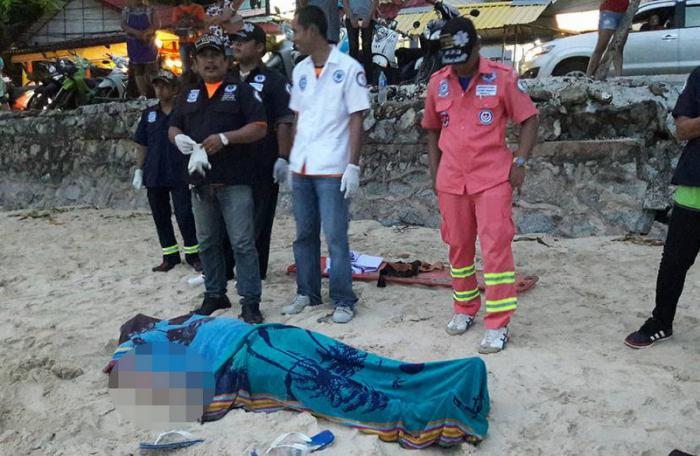 “We found the body of Leonid Petrov, 28, lying face up on the sand. He was shirtless, with no signs of struggle on his body,” said Capt Wuthiwat Leangboonjinda of the Chalong Police.

“We questioned his friend, Vladimir Avdeev, 23, after the incident. He said that they had gone swimming about 100 meters away from the shore.”

Witnesses said the waves were about two meters high at the time. They saw the flags but went swimming anyway, without any life jackets or safety equipment on them.

“Mr Avdeev said that Mr Petrov was suddenly dragged away by waves. He called out for help and within five minutes, with the help of other people nearby, they dragged Mr Petrov out of the water. They performed CPR [cardiopulmonary resuscitation], but could not revive him,” Capt Wuthiwat said.

Earlier this week, a Korean tourist was also found dead, while her companion is missing, after a domestic dispute led them to fling themselves into the sea (story here).