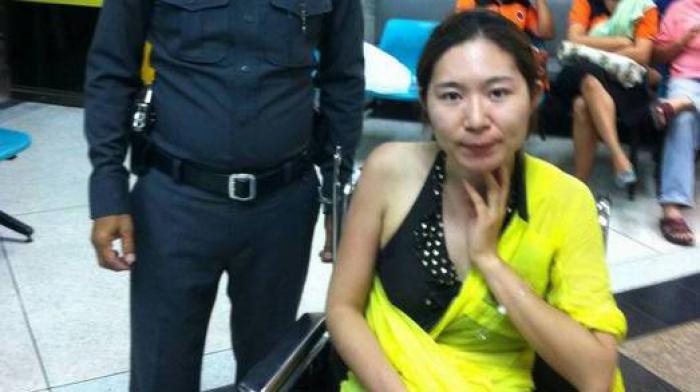 PHUKET: Four Chinese tourists and one Thai national were injured yesterday after two speedboats collided at the docks on Koh Khai Nok, off the east coast of Phuket.

“The Nontasak was heading toward the pier at about 3pm and crashed into the Star Andaman, which was carrying 32 Chinese tourists, as it was reversing from the pier,” said Lt Col Chatchai Sakdee of Phuket Marine Police.

“Five people on board the Nontasak, including the driver and four Chinese tourists, were injured in the accident and taken to Mission Hospital Phuket,” Col Chatchai told the Phuket Gazette this morning.

“Mr Theewasak injured his back, and the four tourists, Du Yong, 31; Xing Cheng, 26; Wang Chenxi, 20; and Zhang Yongyan, 23, were treated for minor cuts and bruises.”

The five were discharged shortly after receiving treatment for their wounds.

Local sailors head to the Top of the Gulf Regatta