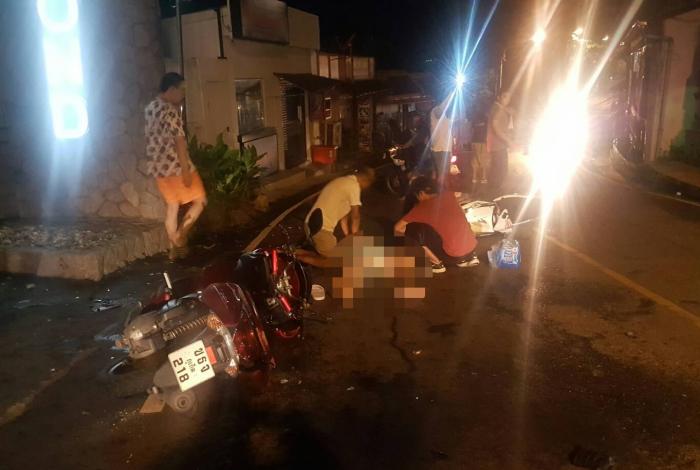 PHUKET: One man died while another was injured following a motorbike crash in Karon early this morning.

Two Chinese nationals, named Yang Dong, 36, and Hengquan Zhang, 22, were found lying on the ground in pools of blood at the Karon beachfront near the ‘Beyond Resort’ hotel at about 2am.

“By the time the ambulance arrived, Mr Dong had already died,” said Capt Weerayuth Thansirisukhaworakul of the Karon Police.

“Witnesses told us that Mr Dong and Mr Zhang were riding along when, all of a sudden, they lost control of their respective motorbikes, fell over and crashed. Mr Dong’s head smashed into an ‘under construction’ sign made of stone.”

Both were taken to Patong Hospital, but so far no one has been able to provide any information as to why they lost control of their bikes in the first place.

“We will question Mr Zhang after he has recovered to figure out exactly what happened. Meanwhile, we have asked doctors to check their blood-alcohol levels.”