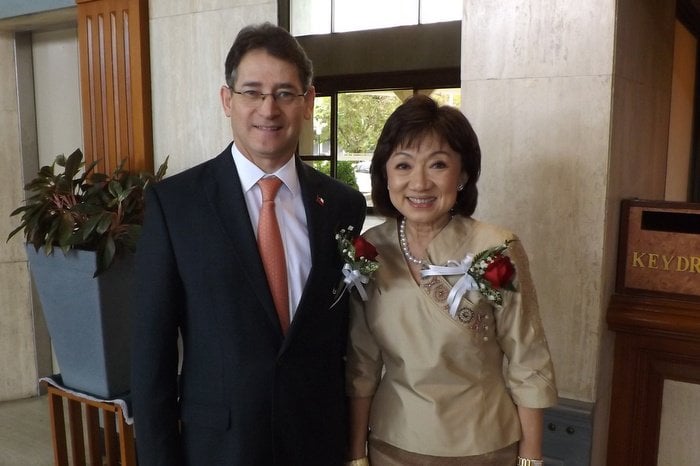 Chilean Ambassador to Thailand Javier Andrés Becker-Marshall announced the opening of the Honorary Consulate of the Republic of Chile at the Phuket Merlin Hotel – where the new office is located.

The consular office will be headed up by Chilean Honorary Consul Nantana Wongsatyanont.

Mrs Nantana, a Phuket native, earned a master’s in communication arts from the University of Illinois at Urbana-Champaign. She is the owner of the Phuket Merlin Hotel and the director of The Merlin Phuket Group.

Mr Becker-Marshall told the press that the suggestion for establishing a consulate in Phuket was tabled after the devastating tsunami in 2004.

“There was no one here to help Chilean people that day, so we decided to bring a consulate to Phuket to serve our citizens in southern Thailand,” Mr Becker-Marshall said.

“I hope that this new consulate will provide high-quality consular services from now on and improve relations between Chile and Thailand.”

More than 15,000 Chileans visited Thailand in 2014, according to the Ministry of Tourism and Sports, and more than half of those people visited Phuket and Chiang Mai, said Mr Becker-Marshall.