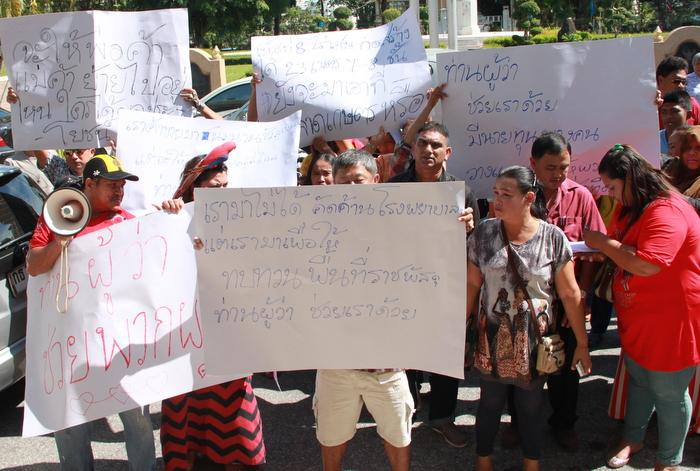 PHUKET: Ground will be broken for the Chalong Hospital project before the end of the year, confirmed Chalong Mayor Samran Jindaphol.

The push to upgrade the public health clinic in Chalong into a fully equipped hospital comes with the hope of reducing the number of people dying en route to emergency wards at major hospitals in Phuket Town.

Clinic Director Ruedee Suriya told the Phuket Gazette in 2012 that, on average, two people die every month while on their way to one of the main hospitals in Phuket Town.

“We can’t handle serious cases here so they have to go to Phuket Town. It’s a long way to Vachira Hospital and the traffic adds to the journey time,” Dr Ruedee said. “Most casualties that die in transit have either been involved in a road accident, a violent assault or rescue from the sea.”

Since then, the Dibuk Hospital opened up on Chao Fao West Road (story here). However, it is unclear what effect, if any, that hospital has had on decreasing the transfer fatality rate.

“The Phuket Public Health Office already received the budget for the hospital,” said Mr Samran. “We will sign a contract and start construction no later than December 31.”

A point of contention for the local community, however, is the proposed location of the facility, an area currently used as a market by local vendors.

“We will establish both a temporary and permanent market space for them to use,” Mayor Samran said.

“I can’t force the vendors to leave without presenting them with a solution. So I will be taking money out of my own pocket to establish the temporary market near the entrance to the Phuket Country Home, as such a solution is needed immediately.

“The permanent market will be a carefully constructed three-storey building with enough space for more than 74 vendors to peddle their wares.”

The start of construction of the permanent market will be delayed, as the necessary legal channels must be followed to secure the budget, explained Mr Samran.