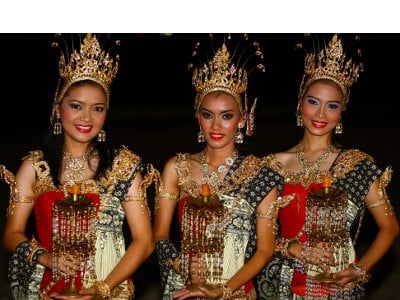 PHUKET: AirAsia is calling for all Phuket maidens to join its “Miss Noppamas” traditional Thai beauty pageant as part of the International Horticultural Exposition Ratchaphruek 2011 that starts in Chiang Mai next month.

The Miss AirAsia Noppamas International Beauty Competition 2011 will be held in conjunction with the annual flower show, also called the Royal Flora Ratchaphruek.

Prospective contestants will have to be as fleet as they are fair, because entry to the contest closes on Saturday.

Thai AirAsia CEO Tassapon Bijleveld announced that AirAsia is offering a total of one million baht in prizes, including the chance to win free flights for a full year.

“AirAsia is very proud to be part of the Ratchaphruek Royal Flora Exhibition this year,” he said.

The horticultural event will be held in Chiang Mai from November 9 through to February 15 next year – an auspicious 99 days.

The beauty pageant will take place at the AirAsia Garden pavilion on November 10, during Thailand’s annual Loy Krathong Festival.

All candidates must be female at birth, single, between 18-25 years of age, able to effectively communicate in English and prepared to demonstrate their personal talents.

In choosing the winner, the panel of judges will consider the candidate’s good looks (30%), their special talents (30%) and their positive attitude and way of thinking (40%).

All selected candidates will be announced on the Facebook page on October 31 and flown free-of-charge to Chiang Mai for the pageant.

Phuket Poll: Are our roads killing us?