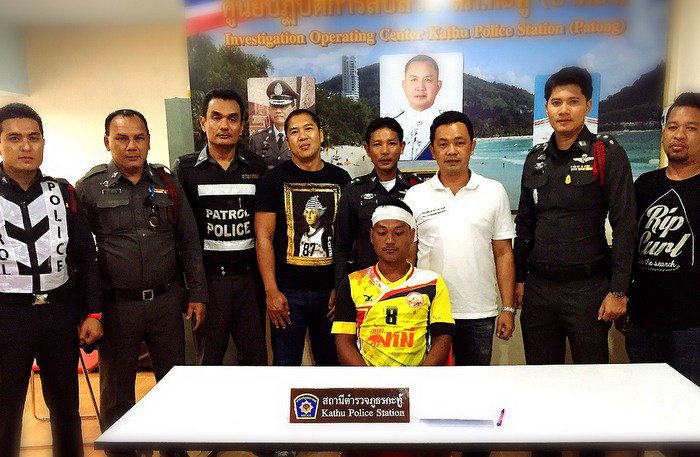 PHUKET: Patong Police arrested a snatch thief after he crashed his motorbike in the party town Monday night.

Boonlert Sitsuwan, 26, was seen by police leaving the area where a woman was shouting for help.

“The victim yelled for help after Mr Boonlert snatched her necklace. Police on patrol saw Mr Boonlert fleeing, radioed in the crime and followed him,” Lt Col Sutthichai Thianpo of the Patong Police said.

“Mr Boonlert crashed his bike in heavy traffic, making it easy for police to apprehend him.”

The gold necklace was valued at more than 19,500 baht.

Mr Boonlert confessed to the crime and was charged for the theft.