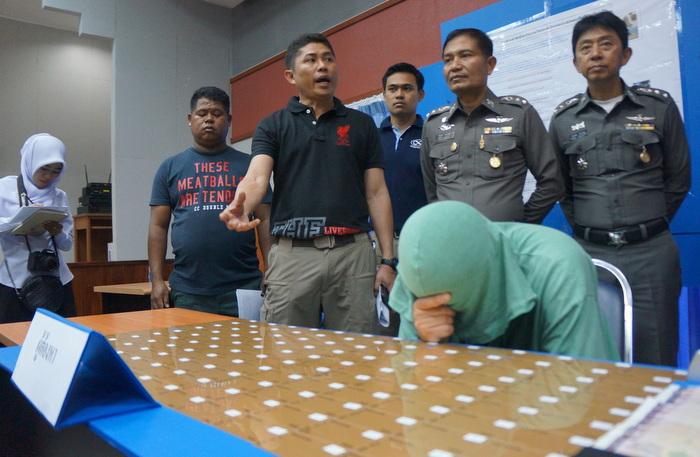 PHUKET: Police apprehended a Bulgarian ATM skimmer on Monday after a tipoff was received from a bank in Bangkok.

Boris Tulumbadzhiev, 30, was arrested at an ATM in Karon by Provincial Police after investigators were alerted to suspicious card activity by the Kasikorn Bank headquarters.

“We knew we would find the suspect using a particular Family Mart ATM on Sirirat Road,” said Lt Col Prawit Engchuan of the Phuket Provincial Police. “When we saw someone we thought could possibly be the skimmer using the ATM, we followed him to Karon, where he went to use another machine.”

Police then asked to see the man’s identification and noticed that he had an extraordinary number of electronic cards in his possession.

The officers arrested him and seized 130 cards with their pin codes and a skimming device.

“Mr Tulumbadzhiev informed us that he had bought the cards online for 100,000 baht. He then used the skimming device to transfer information onto them,” said Lt Col Prawit. “In cases like these, the bank will take responsibility for refunding customers whose accounts were compromised.”

It is unknown at the moment how much Mr Tulumbadzhiev was able to withdraw from the accounts.

He has been charged with fraud, as well as for being in possession of and using fake electronic cards.