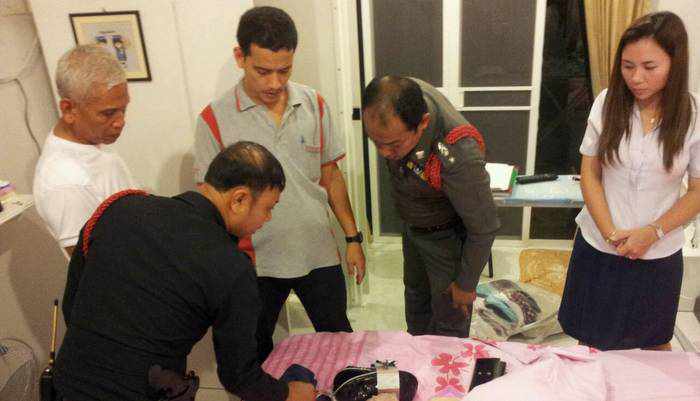 PHUKET: Burglars bashed in the front door of a Phuket home and made off with about 150,000 baht of loot yesterday.

“Three people live in the house in Thalang: me, my son and my wife. Nobody was home when the thieves broke in. We had all left the house in the morning and didn’t return until about 6pm that evening,” 34-year-old Worrawit Sri-orn told police.

“There were motorbike tyre marks on the ground and the front door was broken – I called police immediately.”

Missing from the house was jewellery worth an estimated 138,000 baht; 10,000 baht cash; two watches worth about 5,000 baht each; and a mobile phone, confirmed Lt Col Sanit Nookong of the Thalang Police.

“We were able to lift fingerprints from the wallet that had the 10,000 baht stolen from it,” Col Sanit said. “At this point we believe at least two people were involved in the crime.”