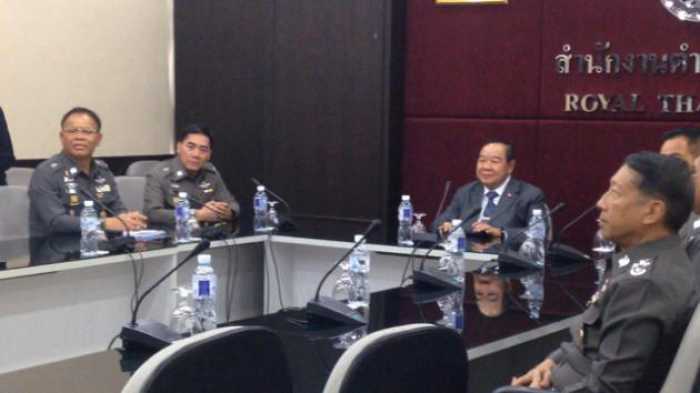 PHUKET: Designated entertainment and activity areas and a special management team will be implemented on Koh Tao, Tourism and Sports Minister Kobkarn Wattanavrangkul said yesterday.
The scheme, dubbed the “Koh Tao Model”, is a response to the unsolved murder of two British backpackers on the island this month.

“The island has no areas for tourists to party or hold events, so this should help prevent underestimating the problem,” she said.

Kobkarn said the Tourism and Sports Ministry was also considering applying the model to all resort islands in a bid to make them safer for tourists.

In an effort to restore Koh Tao’s island’s image and tourists’ confidence in the site, she said the government planned to run “mega events” there once the double-murder has been resolved. The Tourism Authority would soon be asked to begin preparations for events.

Kobkarn visited the island, located off Surat Thani, on Sunday on a fact-finding trip.

After meeting local administrators, she approved the establishment of a tourist police centre on the island. She also met with tourism operators and tourists to gauge their opinions on the situation.

Surat Thani Governor Chatpong Chatputi told the minister that Koh Tao needs more state officials working on the island and there was insufficient water for consumption. The island also faced an electricity issue because it used power from the private sector only, Chatpong said.

Meanwhile, the number of “prime” suspects in the killing of two Britons on the island has been cut to seven from a total of 20 people |not already ruled out, a police source said |yesterday. DNA samples of all 20 suspects have been collected and identified, the source said.

However, the source did not clarify whether the 20 samples were from the 50 male workers from Myanmar living some 600 metres from where the bodies were found on Chor Por Ror beach between 2am and 4am on September 15.

The seven unidentified men have been barred from leaving the island, as verification of their DNA is under way, the source added.

Police are still looking for a shirtless man who was captured on surveillance camera between 3.44am and 4.48am.

He was seen running, with a panicked look, and has since disappeared.

Pol Lt-General Panya Mamen, an area police commander, said it was possible all DNA samples collected from migrant workers would be verified by yesterday. He said police were also tracking three new male suspects who left Koh Toh on Sept 15 for Surat Thani and neighbouring provinces.

“There could be good news [about these three men] soon,” he said.

Deputy national police chief Pol General Aek Angsananont said police were doing their best to investigate the double murders but, at this point, could not set a timeframe for the identification and possible arrest of the killers. “

The investigators need time to complete their work,” he said.

Judge kills his wife, himself