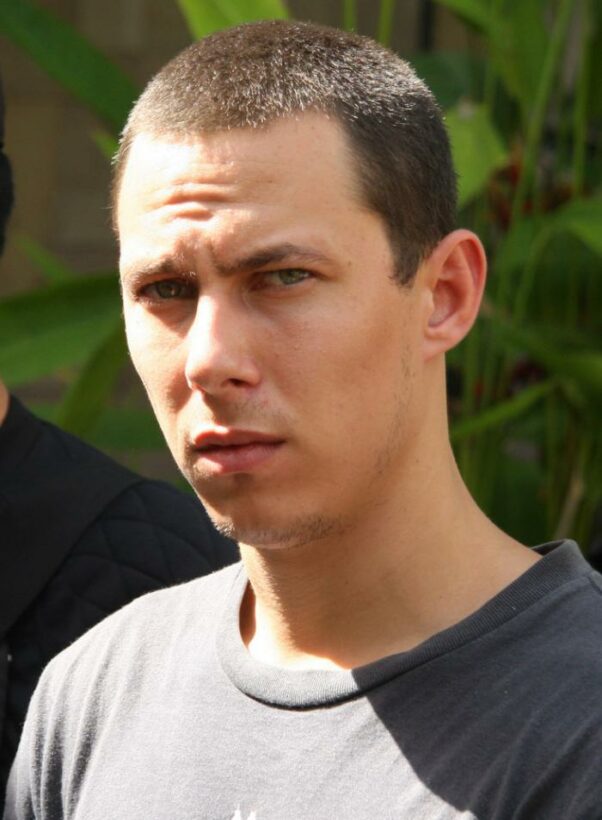 PHUKET: Swedish national Tommy Soderlund was today sentenced to life imprisonment for the stabbing murder of Maxim Schantz in Phuket two years ago.He was also ordered to pay compensation to the victim’s family. However, the court has yet to verify the amount.
Tommy Viktor Soderlund, 28, stood accused of the murder along with Johan Sebastian Ljung, also 28. Mr Ljung recieved a life sentence for the murder and a 12.5 million baht fine on Januray 24 (story here)
Both men confessed to their role in the killing. However, they denied any intent to murder Mr Schantz (story here).
The handing down of the sentence today followed a media blackout on reporting witness testimonies delivered during the trial as the court deemed it could unfairly support the defendants (story here).
Mr Soderlund has 30 days to appeal the sentence.The mother of Maxim Schantz, Yvonne Schantz, had hoped to obtain an apology from Mr Soderlund.

“I want to hear him apologize to me and my son. Johan apologized to me once when I visited the pair of them in jail – but Tommy never did,” Ms Schantz told the Phuket Gazette after the sentencing of Mr Ljung.