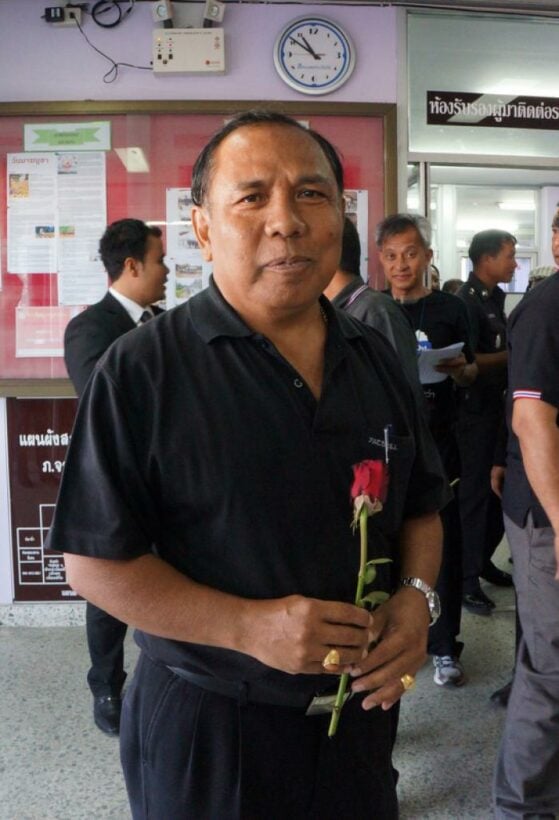 PHUKET: Protesters are considering allowing government officers to re-open the doors to Phuket Provincial Hall on Monday after nearly two months of closure.

Provincial Hall shut its doors on January 13 after anti-government protesters rallied outside in support of the Bangkok Shutdown (story here), an attempt to reform the government and topple what People’s Democratic Reform Committee (PDRC) leader Suthep Thaugsuban calls the “Thaksin regime”.

The news follows the announcement in Bangkok by Mr Suthep that protesters in the capital will pack up the Bangkok Shutdown on March 3.

Mr Suthep said all rally sites will be disbanded except Lumpini, reported The Nation (story here).

Phuket protest co-ordinator Amnuay Kumban confirmed to the Phuket Gazette today that the stage in front of Provincial Hall will remain standing until he receives an order from Bangkok to dismantle it.

“It is possible that the Provincial Hall will open on Monday. It depends on if the Bangkok government complex in Chaengwattana opens or not,” said Mr Amnuay.

“If they close all the stages to allow officers to go back to work, we will do the same.”

However, the situation could change any time, Mr Amnuay said.

“We will keep track of the news and orders handed down from Bangkok on a day-by-day basis,” he said.

The next target of the PDRC campaign will be to deprive businesses connected with Thaksin Shinawatra of income, Mr Amnuay explained.

“We will not block their offices, but we will try to convince protesters and supporters to stop using their products and services,” Mr Amnuay said.