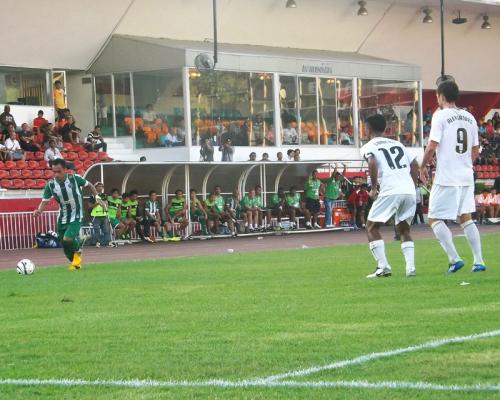 PHUKET: The dozens of die hard Phuket FC football fans who’ve so far spent 16 hours on the road since yesterday night, have something to celebrate on their 12-hour ride home following their team’s victory away to TTM Lopburi (0-1) tonight in Bangkok.

The match’s only goal was scored by Phuket’s Kritsada Sakaeo from a perfectly weighted free kick late in the second half.

The win comes as a relief following a long night of travel highlighted by the Phuket FC fan club’s bus breaking down in Chaiya district of Surat Thani province last night at 1am.

A new bus eventually came to pick up the weary fans hours later, and the bus-load of die hard fans made it safely to Bangkok by noon today, having just enough time for a walk around MBK before the 4pm kickoff.