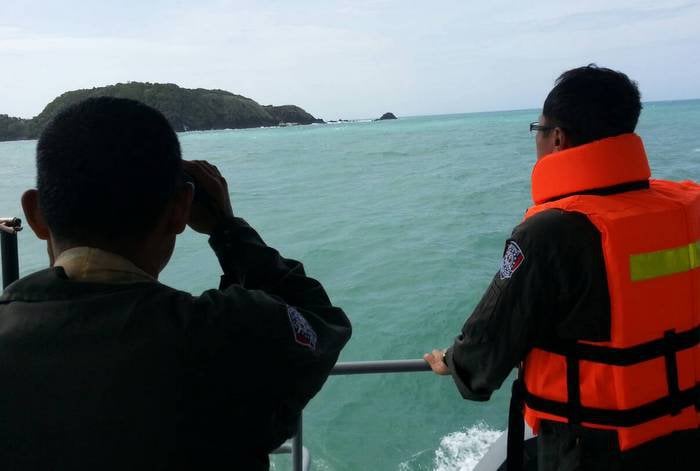 PHUKET: One boat sank and another was beached this morning off Phuket in the rough southwest monsoon seas, confirmed Phuket Marine Police Chief Panya Chaichana.

“There were six people on the fishing trawler that sank at about 8:15am. There are 10 people on the other boat, which is currently wrecked on Koh Hei [Coral Island] and taking in water,” Mr Panya told the Phuket Gazette.

The captain of Nava Yuthakit*, the sunk boat, made an emergency call to Marine Police at about 8:15am, giving the location of the vessel, which was about 24 nautical miles from Phuket near Koh Racha Yai.

The boat wrecked on Koh Hei is a Cambodian-flagged multiple-purpose cargo vessel Sinaran Andaman, which is 67.6 meters long.

Marine Police and Royal Thai Navy boats are already in motion to rescue the crews of both ships.

* The original report stated the boat’s name as Attaya Namchok.

Three in Phuket arrested for involvement in UFUN pyramid scheme