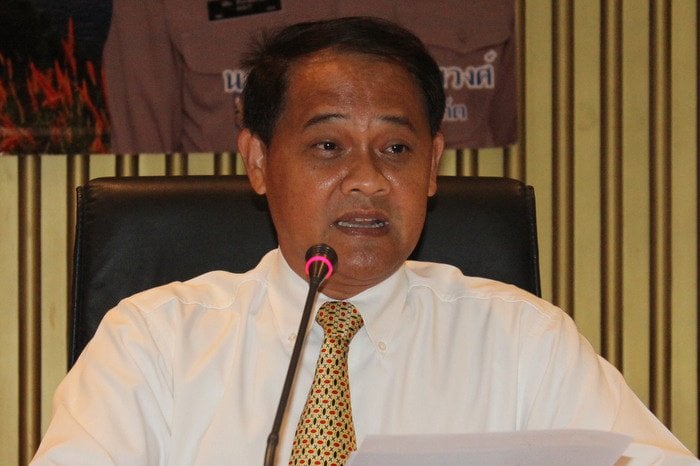 PHUKET: Road projects will make up half of the 3.5 billion baht worth of projects approved to make much-needed changes on the island, said Phuket Governor Nisit Jansomwong last week.

The Highways Department has been awarded 1.75bn baht to improve the island’s infrastructure through four projects, confirmed Samak Luedwonghad, director of the Phuket Highways Office.

First is a 550-million-baht underpass to be built at the Chalong Circle. Construction of the underpass is expected to begin this month and should be completed within 780 days.

Second is a 600mn-baht underpass slated for Bang Ku at the intersection of the bypass road and Thepkrasattri Road. A construction team from Italthai has already begun working and the project should be completed in 720 days.

The Highways Department is searching for construction companies to undertake the flyover projects, Mr Samak said.

Mr Samak also mentioned that he would like to build an underpass at Mueang Mai Junction near Phuket International Airport. The project will cost about 400mn baht, which was announced as part of the approved budget by the governor. However, Mr Samak explained that they were in the process of clearing addition hurdles before it was given final approval.

“We also plan to expand Chao Fa West Road from Naka Junction until the t-junction before Phuket Bird Park. Officers are in the process of requesting 15 meters of land back on each side of the road,” Mr Samak said.

“All proposed road projects should be finished by 2019,” Mr Samak added.

Phuket City Mayor Somjai Suwansupana confirmed that 530mn baht had been approved to repair the island’s broken incinerator, which has been out of service since 2012.

“Waste levels in Phuket are predicted to increase to 1,000 tonnes per day in 2019. The incinerator, once repaired, will help handle this load,” Ms Somjai said.

Ms Somjai said that Phuket City Municipality is looking for a company to carry out the repairs. Once they find one, the repairs should take 18 months.

Governor Nisit told Phuket Gazette in May that the municipality would receive the money for the repairs in October, and that the project should be completed by April 2017.

Wongsakorn Noonchukhan, chief of the Public Works and Town and Country Planning Phuket office, noted that flood prevention would also be covered in the multi-billion-baht budget.

“We will dig more waterways and build walls to prevent construction projects’ mud and dirt from falling into the canals and blocking the water from flowing. These construction sites and their runoff are a main cause of flooding in these areas.”

“They have been given a 28mn-baht budget and have been working on this project since January. We expect it to be finished by July next year,” he said.

The funds for both Phuket City Municipality and flood prevention projects will come from 2016 and 2017 fiscal budgets, Ms Somjai confirmed.