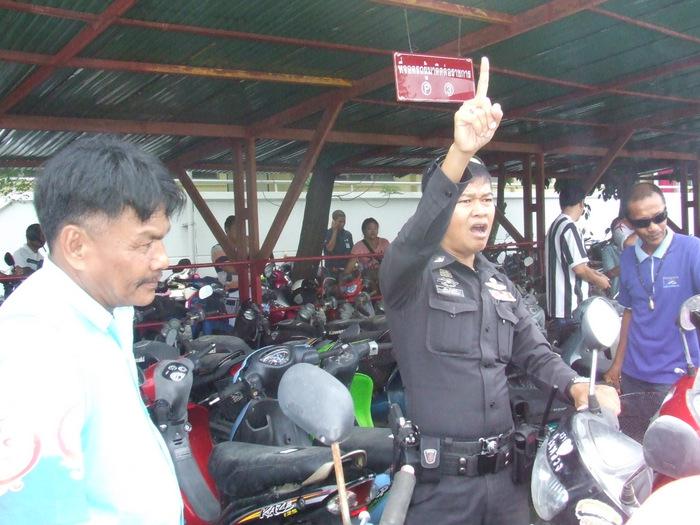 PHUKET: A Phuket Police officer has become the latest victim of motorbike theft on the island.

Sen Sgt Maj Narong Wilairat reported at 6:30am that his motorbike was stolen from in front of his police accommodation just meters from the main building at Chalong Police Station.

“My son used the motorbike – a red Honda Click Phuket license plate ‘Khor Kor Sor 81’– every day and parked it in front of our room every evening,” he said.

“There are many motorbikes parked in front of the main building where they remain as evidence seized, but there are no CCTV cameras monitoring that area of the parking lot,” he said.

In 2010, the Chalong Police auctioned of 18 of the bikes that had been seized in drug-related cases (story here).

The lack of CCTV evidence has left Sgt Narong with no clues to investigate his own stolen motorbike.

“I’ll have to do the best I can and work with the case investigator,” he added.

Carving a niche in the black market