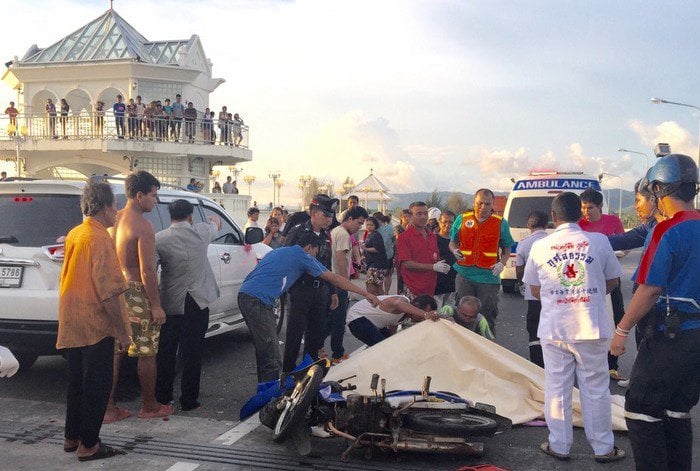 PHUKET: A 5-year-old boy was killed after his 16-year-old relative crashed into the back of a car parked illegally on the Srisoonthorn Bridge, from Phuket to Phang Nga, yesterday afternoon.

“The boy died instantly. However, his relative Cholnakorn Cheylangsad, 16, was still alive when we arrived,” Maj Santi Prakobpran of the Tah Chat Chai Police told the Phuket Gazette.

Inside the illegally parked car in the northbound lane was 42-year-old Ismael Manreh.

“I parked on the left-side of the road to take in the view. Suddenly, I heard someone crash into the back of my car,” said Mr Ismael. “I got out and saw the dead boy and the seriously injured man.”

Mr Ismael was charged with parking in a prohibited area, confirmed Maj Santi.

“We are have yet to decide whether or not to press charges over the boy’s death,” he added.