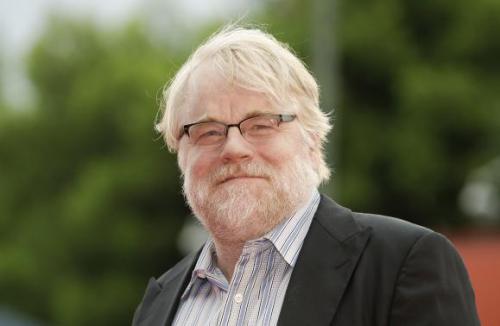 Hoffman, 46, was found unresponsive on the bathroom floor of his Greenwich Village apartment by police responding to a 911 call, and Emergency Medical Service workers declared him dead on the scene, New York City police said in a statement. An investigation was ongoing.

A police spokesman said investigators found Hoffman with a syringe in his arm and recovered two small plastic bags in the apartment containing a substance suspected of being heroin. A police department source earlier told Reuters that Hoffman had died of an apparent drug overdose.

Hoffman, who is survived by three children with his partner Mimi O’Donnell, had detailed his struggles with substance abuse in the past.

“We are devastated by the loss of our beloved Phil and appreciate the outpouring of love and support we have received from everyone,” Hoffman’s family said in a statement issued through his publicist.

“This is a tragic and sudden loss and we ask that you respect our privacy during this time of grieving. Please keep Phil in your thoughts and prayers,” it added. A representative said the family would not make any further statements for now.

Onlookers gathered on Sunday afternoon near Hoffman’s apartment in a four-story red brick building in a fashionable neighborhood of the West Village, where many other actors keep homes. The entire block was cordoned off by police.

Rachel Melman, a neighbor who described herself as a fan, said she frequently saw him around the neighborhood.

“I never spoke to him, but I always wanted to,” she said, adding that she would see him sitting on the scaffolding of the building, often dressed in socks and no shoes, “just reading and hanging out out there.

CNN, citing a law enforcement official, reported that Hoffman was last seen alive at 8 p.m. Saturday. He had been expected to pick up his children on Sunday but failed to show up, prompting playwright David Katz and another person to go to his apartment, where they found him dead, CNN said.

Hoffman spoke in the past of struggling with drugs, including a 2006 interview in which he told CBS he had abused “anything I could get my hands on. I liked it all.”

His death, if confirmed from an overdose, would recall the 2008 death of actor Heath Ledger, who was found dead in his Manhattan apartment from a lethal combination of drugs.

Born in upstate New York near Rochester, Hoffman won the Best Actor Oscar for the 2005 biographical film “Capote,” in which he played writer Truman Capote. He also received three Academy Award nominations as best supporting actor, for “The Master” in 2013, “Doubt” in 2009 and “Charlie Wilson’s War” in 2008.

Hoffman appeared in blockbusters such as “Twister” and “The Hunger Games” series. But he was more often associated with the independent film world for his intense portrayals of often disturbing and complex characters in such films as “Happiness,” in which he played an obscene phone caller, and “Before the Devil Knows You’re Dead.”

In the latter, he played a son who schemes to rob his parents’ jewelry store, resulting in their deaths. Hoffman could also play nice, as in his portrayal of an angelic nurse in “Magnolia.”

Other noteworthy films included “Moneyball,” “The Savages,” “Cold Mountain” and “Scent of a Woman,” one of his earliest films, which garnered its star, Al Pacino, an Oscar.

Lionsgate, the studio behind “The Hunger Games” called Hoffman “one of the most gifted actors of our generation.”

“We’re very fortunate that he graced our Hunger Games family. Losing him in his prime is a tragedy, and we send our deepest condolences to Philip’s family,” the studio said in a statement.

Showtime, the cable television network which had just ordered a 10-episode comedy, “Happyish,” starring Hoffman and produced by his company, Cooper’s Town Productions, mourned the loss of the talented actor.

“Philip Seymour Hoffman was one of our generation’s finest and most brilliant actors. He was also a gifted comedic talent. It was a great privilege and pleasure to work with him and we are all absolutely devastated by this sudden loss,” it said.

Hoffman appeared last month at the Sundance Film Festival in Utah for the premiere of “A Most Wanted Man,” an espionage thriller based on the John le Carre novel in which he played German spy Gunther Bachmann.

At the premiere, Hoffman told Reuters that he connected to Gunther’s personality, a man driven by the shame of previous failure into an obsessive pursuit of capturing terrorists by any means necessary.

“I think it’d be hard for anyone not to connect with the loneliness. He’s pretty lonely, driven, obsessive guy, unforgiving of himself in a lot of ways. A lot of traits that a lot of people carry in one grade or another,” Hoffman said.