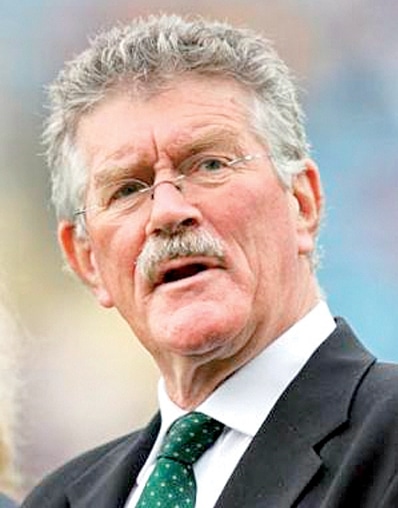 PHUKET: Phuket Rugby in conjunction with Strategic Sports are proud to present the first of three rugby coaching clinics to be held in Phuket this year. The clinics are to be run by World Cup winning coach Bob Dwyer and Mike Penistone of Bob Dwyer’s Rugby Workshops.

The first of the courses will be held from March 9 to 11, at Thanyapura Sports and Leisure Club (TSLC) where potential coaches will get the chance to hone their techniques with the Phuket Lomas youth team.

Both Bob and Mike are well known in the rugby fraternity and will offer their wealth of talent and experience to coaches and players throughout South East Asia during these weekends.

With continuing education being an important part of their rugby ethos, they will be back again during the year to offer coaches the chance to further develop their knowledge of the game and upgrade their coaching skills to the next level.

At the end of the course there will be a celebratory lunch where Bob will hand out coaching certificates to all participants.

On March 10 they will be guest speakers at a rugby fund raising dinner to be held at a venue within the Laguna resort complex. The event will raise money for the Asia Centre Foundation scholarship program and the Phuket Lomas Rugby Youth Development Program which Phuket rugby has supported for many years.

An auction of sporting paraphernalia and prizes donated by local business will take place during the evening.

Dwyer moved to the Leicester Tigers after the game turned professional in 1996. The Tigers had immediate success, in 1997 reaching the Heineken Cup final and winning the Pilkington Cup. In 1998, Dwyer was appointed head coach of recently-relegated Bristol Rugby. Under him the club returned to the Premiership at the first time of asking. The next season saw Bristol finish sixth in the top flight and narrowly miss out on qualification for the Heineken Cup.

In 2011, he was inducted into the IRB Hall of Fame, alongside all other Rugby World Cup-winning head coaches and captains through the 2007 edition.

Mike Penistone began his coaching career in the English Midlands and has coached both Rugby Union and Rugby League. Mike has coached at Cambridge University RLC, Sheffield Eagles RL and Nottingham RUFC.

Mike was the elite player development coach at Leicester Tigers from 1999-2006 before joining the NSW Warathas Academy as coach in 2006. He was also director of coaching at Eastern Suburbs club from 2007-2010.

“Both Bob Dwyer and myself are delighted to be involved in the development of Rugby Union in this part of Asia. Successful expansion of Rugby Union will be based on the parallel development of players and coaches, and can only be achieved with a planned, ongoing and professional program,” he explained.

“This initial three day course in conjunction with Phuket rugby will further develop coaches who will then feed back information and coaching skills to the clubs and schools throughout Thailand. For successful coaching and player development to take place, coaches need to be working on a regular basis with players, over a range of topics.

“The Bob Dwyer Rugby Workshop courses will provide coaches the opportunity to do this. Bob Dwyer and Mike Penistone are convinced that all who attend the courses will leave as either improved players or better performing coaches,” said Mike.