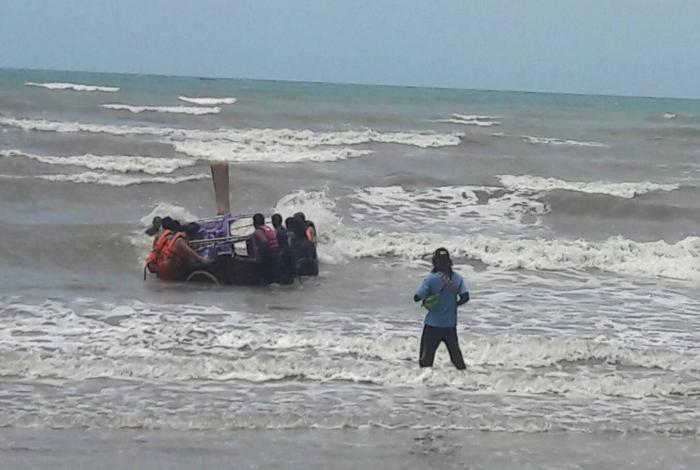 Sawek Wansadee, 32, left the pier at Hat Noppharat Thara, Phi Phi National Park, at about 9am. He told the Phuket Gazette that he quickly found his little low-profile longtail taking a beating from waves of about two meters high.

The Thailand Meteorological Department had forecast two-to-three meter wave heights in Phuket for yesterday and today, amid fierce monsoon downpours.

Mr Sawek says he held onto the sides of his upturned boat while battling for his life, and that he was finally spotted by another longtail that rescued him and towed his boat to shore.

“I was lucky there were no tourists on board,” Mr Sawek said. “It’ll be a while before my boat is fully repaired.”

Ya bah-peddling duo arrested in Krabi