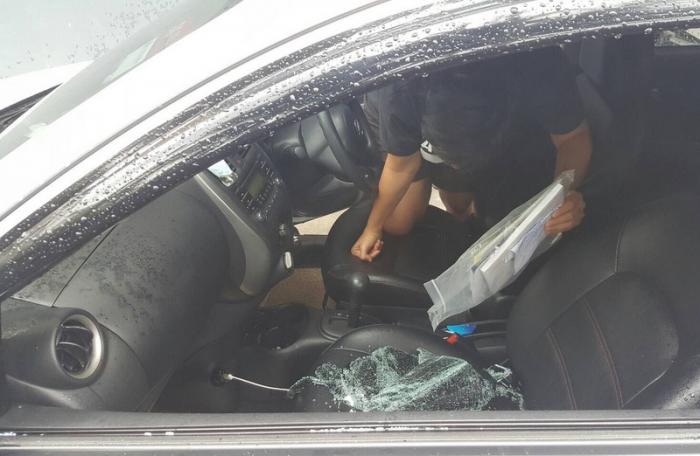 PHUKET: Police are hunting for suspects who broke into a car and stole 6,000 baht cash in Phuket Town early Sunday morning.

Supawat Owas, 30, the owner of the car, reported the incident to Phuket City Police the same day.

“Ms Supawat says she was at Mahanakhon bar in Phuket Town. She left the bar at about 3am to find that her car window had been smashed and her possessions and cash inside the car taken,” said Phuket City Police Lt Naruebadin Pangleesen.

“We have been checking CCTV footage to collect evidence and have several leads. We hope to make an arrest soon,” said Col Naruebadin.

Police said that this was one of several similar incidents to have occurred recently.

Two teenagers suspected of stealing nine motorbikes in the past few months were arrested in Phuket Town, also on Sunday (story here).