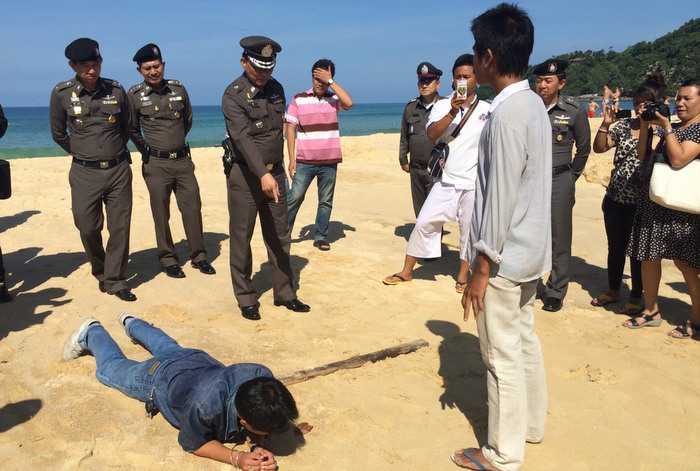 PHUKET: A Phuket teenager has claimed that he hit an American on the head with a piece of wood on Karon Beach on Saturday in self-defence.

CCTV cameras captured images of Kitti Keeratiwattananusat, 18, in the area at the estimated time of the attack, making him a prime suspect.

“I was fishing with a relative at Nong Harn, when I saw the foreigner trying to get his bike out of the sand, but it was stuck,” Mr Kitti said.

“I went to help him, but he was drunk and hit me. He then grabbed a piece of wood and came at me.

“So I kicked him in the arm, took the piece of wood and hit him once on the head.”

Mr Kitti explained that he walked away from American Jonathan Mark Lemley, 28, convinced that he wasn’t seriously injured.

Police had Mr Kitti re-enact the incident this morning.