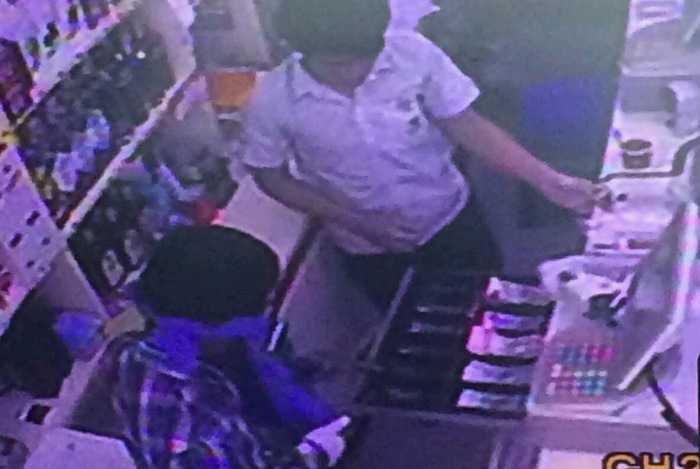 PHUKET: Police are searching migrant worker camps in the Wichit area for the man who robbed a 7-Eleven store at knifepoint early Sunday morning.

Staffer Thanit Krittiyapiphat, 20, was stocking shelves at the 7-Eleven on Soi Bangyai, at about 3:30am, when a thin man standing about 165-170cm tall, entered the store.

“He was wearing a checked shirt, football shorts and he had a blue t-shirt covering his face. He also wore white gloves to cover his hands,” Mr Thanit said.

“He threatened me with a kitchen knife and told me to open the cash register. From the way he spoke, I think he was Burmese.”

The robber made off with 21,800 baht, and was last seen running northbound along Soi Bangyai in his flip-flops.

The robbery was the latest in a string of 7-Eleven armed holdups throughout Phuket that resulted in police going undercover. The move resulted in a shootout on October 9 that ended with one robber being arrested (story here).