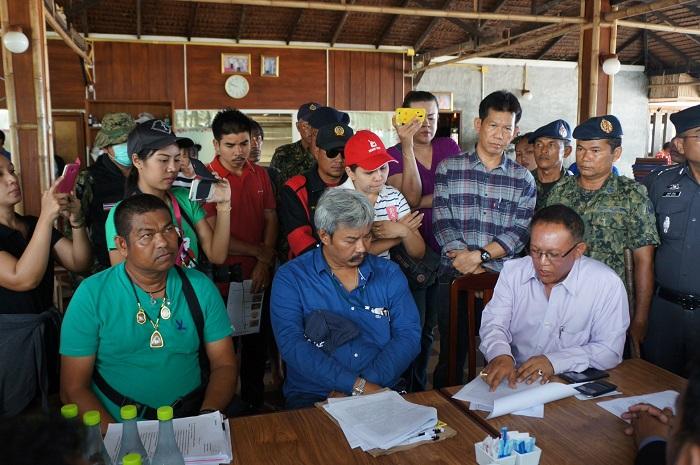 PHUKET: Demolition is about to begin on shop houses at Lay Pang Beach after the owner of Tony Restaurant made a last-ditch effort to save his restaurant this morning.

Clutching court orders and other documents, restaurant owner Kanokpon ‘Tony’ Somrak made a one-man stand, insisting he had the right to operate his restaurant on the beachfront land.

Mr Kanokpon is currently removing items from the restaurant so that the demolition team can move in.