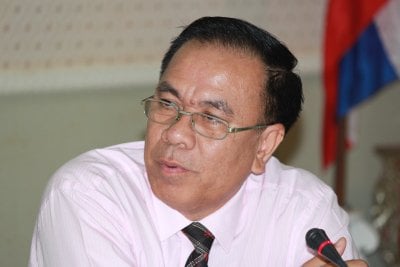 PHUKET: The approval for the 500 million baht Phuket Historical Park project was announced in a meeting at Provincial Hall on Tuesday.

The project, which is to be established on 96 rai of land in Thalang, will be managed by the Public Works, and Town and Country Planning, Phuket Office with the cooperation of the Ministry of Tourism and Sports, and the Ministry of Culture.

The current project design selected incorporates a living museum, 360 degree video room, a science world zone, a planetarium, a learning center, an activities area, a dancing fountain, a museum building and a park.

A master plan, expected to be completed within a month, will be developed from the current plan by a committee chaired by Wongsakorn Noonchukhan, the chief of Public Works and Town and Country Planing.

The total price for the park is estimated at 500 million baht. However, an additional 26 million is planned to be set aside to build a statue. The statue’s most recent design, after three modifications already, has ten heroes and heroines standing proudly. However, it has yet to be approved by the Comptroller General’s Department.

Vice Phuket Governor Sommai Prijasilpa, who chaired the meeting, said another meeting would be held next month to follow the progress of the park’s development.

Quick fact: The Comptroller General Department (CGD) is responsible for overseeing and controlling the spending of public funds. It does this by ensuring all other departments and agencies follow public finance regulations. The CGD also provides ministers and other policy working groups with information and advice on financial matters.

Bus from Phuket to Narathiwat crashes in Phang Nga