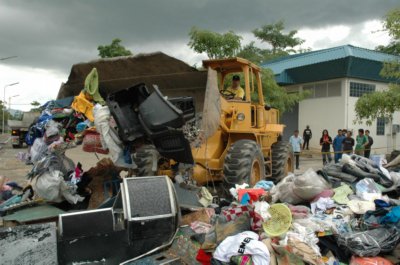 “Most of these items are from Patong because it is the most popular tourist area on the island. There are many tourists there, so it’s very easy for offenders to sell goods. Fake goods are popular in Kata and Karon, too,” he added.

“Although local police and Crime Suppression police keep arresting the vendors, it is much more difficult to identify and locate the people who make the fake goods, so pirate goods are still being sold in tourist areas in Phuket,” Col Chalit said.

He added that his officers would continue their efforts to arrest fake-goods vendors and seize their contraband.