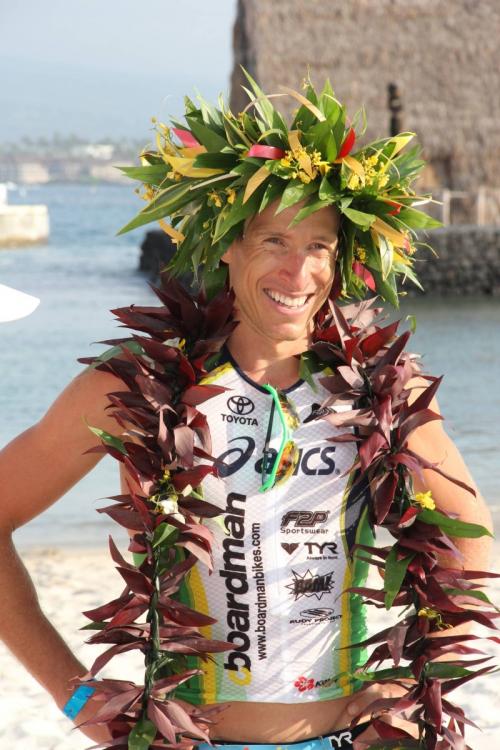 PHUKET: Reigning World Champion Pete ‘PJ’ Jacobs has confirmed he will race the inaugural Challenge Laguna Phuket half distance triathlon on December 1 – setting up an intriguing contest with fellow Australian Chris ‘Macca’ McCormack, the defending title-holder and two-time World Champion, for a slice of the race’s 25,000 euro prize purse.

The elite pair will compete at Challenge Laguna Phuket less than two months after the 2013 World Championships in Kona, Hawaii, where they’re expected to be among the top athletes vying for the coveted honour, with McCormack bidding for a third title to cement his legendary status and Jacobs defending his 2012 crown.

At Challenge Laguna Phuket they are among a pro field that also boasts World Champion and defending Laguna Phuket women’s champion Melissa Hauschildt, together with her 2012 Phuket podium finishers Radka Vodickova and Belinda Granger.

Jacobs is making his debut in Phuket and his duel with McCormack may see him at a disadvantage – McCormack is familiar with the testing course and will also have raced the Laguna Phuket Triathlon a week earlier on November 24, the 20th edition of the legendary race that launches the week-long Challenge Laguna Phuket Tri-Fest.

But Jacobs, a three-time top ten finisher at the World Championships before he lifted his 2012 crown, has a record of posting top swim and run times.

At 31, he’s almost 10 years younger than McCormack and is relishing the prospect of racing against him on Phuket’s tropical paradise course.

“I’m definitely going to be motivated to stay healthy and in good shape after Kona to race against Macca in Phuket,” Jacobs said.

“Competing in Phuket – in such a wonderful location alongside some of the best triathletes in the world – is an amazing opportunity for me to cap off my year with some adventure and adrenaline.

“I’ve heard for so many years about how good Phuket’s race, accommodation, food, and after party are. This year I’ll be putting in extra effort after Kona to be in Phuket ready to race.”

McCormack said: “It’s great to have PJ join the pro start list for Phuket. He’s an amazing talent and as current World Champion will be the major favourite for this race.

“PJ’s biggest skill is his ability to race so well in hot and humid conditions, so this course in Phuket is perfect for him. He’s a good friend of mine and a young athlete that I admire a lot – it’s great to have him joining all of us in Phuket.”

“It’s going to be fantastic watching PJ and Macca battling it out – and with the calibre of the other pros expected to race there’s always the prospect of an upset!”

The Laguna Phuket Triathlon on November 24 will be contested over a 1.8k swim, 55k bike ride and 12k run. The Challenge Laguna Phuket half distance triathlon on December 1 features a 1.9k swim followed by a 90k bike and half marathon 21k run.

Both swim courses are across two bodies of water – a sea course followed by beach run-over to a freshwater lagoon – and the half distance bike course features a mandatory dismount across a pedestrian road bridge.

The week-long Challenge Laguna Phuket Tri-Fest staged between the races will this year feature a host of family-friendly triathlon training and social activities around the Laguna Phuket resort, together with charity fund-raising events for local schools and communities.

The rise of ASEAN football